Contractors know they can count on us for their staking needs. At Denicourt Arpenteurs-Géomètres Inc., we make it our duty to carry out tasks professionally within the shortest period of time possible. 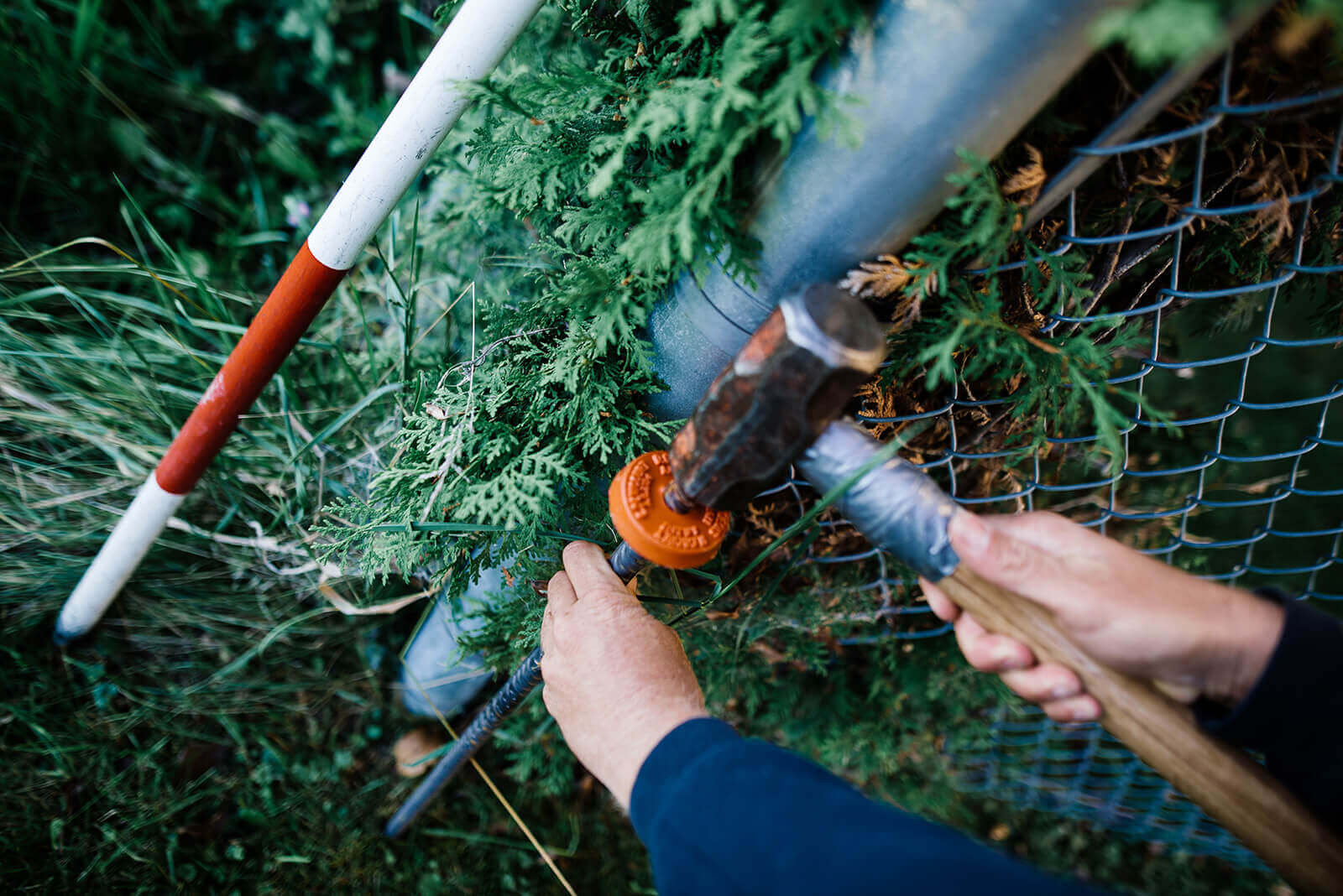 A contractor may call upon a land surveyor conduct a staking operation in which they give their opinion on the boundary positions of an existing or proposed building construction . This operation is particularly useful when constructing roads and to establish the position of Hydro-Québec’s or Bell Canada’s servitudes, for instance.

After analyzing the area and various research documents, the land surveyor indicates the position and geometry of these boundaries using metal landmarks (see OAGQ rules on posts). The land surveyor’s name and registration number feature on the landmarks.

When carrying out staking operations, our land surveyors consult various documents, including:

To draw rightful conclusions, the land-surveying expert must also carry out many calculations and complex measuring procedures using high-precision tools. Once the staking operation is completed, a scale plan is provided alongside a detailed report of the completed operations.

Staking operations conducted by a qualified land surveyor are regulated by the Regulation respecting standards of practice for staking and layout of the Ordre des arpenteurs-géomètres du Québec (L.R.Q., c. A-23, r. 11).

Call us to learn more!